Decoding the Mystery of Life 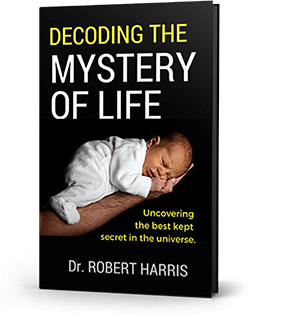 I have been absorbed in the study of human physiology for over forty years. My experience as a natural health physician has taught me there is still much we do not know, but we are making headway. For example, epigenetics has given us insight into cellular control and function, while the emerging concept of neuroplasticity is teaching us how the brain is able to reprogram itself to overcome neuronal damage or malfunction. Above all, I continue to marvel at the innate ability of the body to heal itself, given the opportunity.

My interest in cosmology and biological anthropology has taught me one thing above all others. Life is a mystery, and to dismiss it as being the product of a wave of a magic wand does not do it justice. We are all part of the universe, not just creatures living in isolation on a tiny grain of sand somewhere in the outreaches of space. Everything in the universe is energy, that very same energy that flows through our bodies to give us life, without which there is no life.

While many are content to accept the brief description in Genesis of how life was created, others want to know more. I sincerely hope that Decoding the Mystery Of Life, the final book in my four-volume series, will cast a glimmer of light on what I believe is the most perplexing and vexing problem ever to be confronted by humans – the elusive golden grail of why, and how, we came to be!

As with any meaningful journey of discovery we need to establish a starting point. Genesis does not state that God created the universe, just the earth and the stars, which were all the authors of the Hebrew Bible could see with the naked eye. Science may only have some of the answers, but the emerging evidence paints a very different picture to that espoused in Genesis. Chapter 1: The Making of a Universe puts into perspective what likely occurred, commencing almost fourteen billion years ago.

Chapter 2: Big Universes From Little Atoms Grow looks at how galaxies and solar systems form, and discusses how energy is the basic ingredient of all matter. Without this knowledge, the concept of the creation of an environment that would eventually nurture the emergence of life would remain an unresolved mystery.

There are an estimated one hundred billion galaxies in the universe. Our solar system is just one small entity contained within a galaxy called the Milky Way. Our sun is just one of an estimated three hundred billion stars in the Milky Way, around each of which we can assume there are revolving planets. In Chapter 3: The Life Cycle of a Solar System, I put this into perspective by examining our solar system, its life to date, and the probability of its eventual demise.

Planet Earth is not just a rock in space with water on its surface and an envelope of air surrounding it. In Chapter 4, I explain why every aspect of the earth’s complex structure and its unique relationship to the sun is responsible for life as we know it. Yet our ecosystem is so finely balanced that if just one of these many components was to become compromised, life could quickly cease.

How did life actually start? In Chapter 5: From Inorganic to Organic, I look closely at what we now know about how the first living non-nucleated cell came to be, and the reason for its progression into a nucleated cell that contains DNA, the programmed template for all subsequent life.

The water content of our bodies is around 80% of this total mass, and the two most abundant chemicals are sodium and chloride, which together form common salt. It is difficult, therefore, to deny our progenitors came from the ocean. In Chapter 6: The Age of Reptiles, I trace the emergence of scaly and tough-skinned reptiles that emerged from the ocean to inhabit the earth, some of which eventually evolved to produce hundreds of species of dinosaurs.

Paleontological evidence suggests human life first emerged in Africa and proliferated to eventually venture to the far reaches of our planet. Chapter 7: African Genesis, is a most interesting and absorbing look at how life likely mutated to eventually produce Homo sapiens sapiens, the only surviving member of the species hominini.

How the cranial vault of emerging humans grew in volume to accommodate a larger brain is a question that continues to baffle scientists. Having corrected cranial and facial imbalance in many patients over the past forty years, in Chapter 8: Bipedalism, Big Brains, and the Driving Force for Change, I offer my perspective and contribution to this perplexing enigma.

It is currently estimated that over one hundred and thirty million babies are born globally each year, yet the majority of people know little about the process, other than performing the act of copulation. In Chapter 9: Blueprint for Human Life, I offer a complete understanding, written in layman’s terms, that covers everything from the production of ovum and sperm to the formation and birth of a fully functional baby. A must-read for most people.

It is difficult for some to comprehend why creationists are so anti-science, relying on fewer than eight hundred words in Genesis as their source of knowledge and argument. In Chapter 10: Religion Versus Science, I look closely at both arguments and offer to you, the reader, information that I believe will better enable you to make your decision.

We are all recipients and custodians of the greatest gift the universe can offer. Life! As such, I believe we have an obligation, not only to protect and nurture that life, but to search for as many answers as we can uncover to establish knowledge as to why life began in the first place, and establish if it is just a mistake of nature, or is it part of a pre-ordained grand plan?

Decoding the Mystery of Life is the final stand-alone book, along with The Gad Alternative, Faith or Fiction? and Faith Without Religion, which I believe collectively present the most authoritative and rigorously researched treatise on the subjects of religion and life yet to be published. I sincerely hope you enjoy reading each of the four volumes, as I did during the seven years they took to produce.

Other books by Dr. Robert Harris

WHY THIS BOOK?   In course of my very short eighty plus years of earthly...

In The God Alternative I offer readers a critical analysis of the historical ...

How did religion come about? When did it start? If there is but one God, why ...

Is one religion superior to another? The Jews claim exclusive rights to the g...